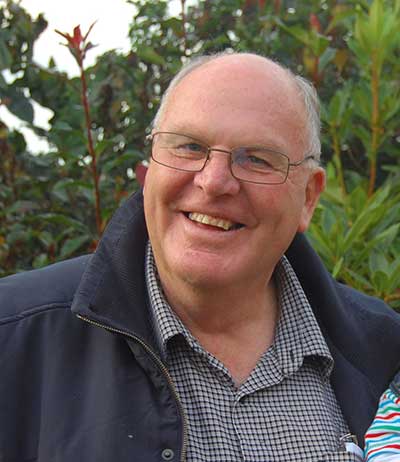 This event was the creation in 2016 of Paeroa Lion Russell Player, who sadly died soon after. In Russells’s memory, this event is now officially known as Russel Player Memorial Hauraki Rail trail Charity Fun Cycle Ride.

Russell joined Paeroa Lions Club in 1976. He served on all Committees of the Club, was Secretary over several terms and was President in 1993/94. He also served at a higher level, being District Cabinet Secretary during 1990/91. This duty helped oversee Lions
Clubs throughout the Thames Valley, Waikato and Bay of Plenty regions.

Russell coordinated fundraising opportunities such as the sale of Lions mints and Xmas Cakes. He organised many of our Xmas functions which were hugely entertaining. He Was always on the lookout for new fundraising ventures – one of which is this Charity
fun cycle ride.

Russell was one of those who seemed larger than life and had a jovial and mischievous sense of humour. He was a dedicated family man. He is sadly missed by his family, Paeroa Lions Club and the community at large.

The combined Lions Clubs of Paeroa, Thames, Waihi, Te Aroha and Ngatea are together organizing this Charity Fun Cycle Ride with all fund going to the Cancer Society Lions Lodge in Hamilton. The clubs are working together with the aim of continue to grow this Charity Fun Ride and to continue with Russell’s vision for this event.

Over the last four years, we have raised over $16,000 for the Cancer Society’s Lion Lodge in Hamilton, this year we are hoping to increase that amount. All of the prizes have been donated by our very supportive sponsors and 100% of the money raised is going to the Lodge.